Playing with strips of paper

I have just finished a 3 part collage series. Yet again, it was one of those projects which sounded good at the time but which involved a lot of painstaking work. I really have a talent for tackling things like that.

The work is inspired by Snow Gum bark and its sinuous flow of lines and vivid colours and is part of my current theme, the High Country. 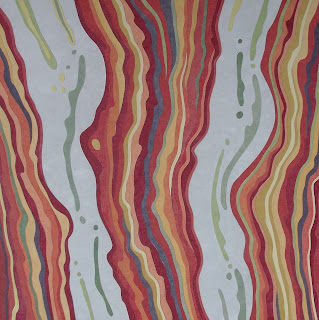 My approach was to glue thin strips of paper of varying colours onto boards, based on a broad, preconceived idea and then adding further strips to this base, until I was happy.

The first step of course was to produce the coloured paper and again, it was a time consuming process, involving sponging watery acrylic paint in a variety of colours, onto paper and building the colour up over a number of “coats,” with drying time in between. When I was about half way through the project I realised that there would not be enough of the coloured paper, so I had to have another sponging bee. Then, after I decided that I was not happy with a couple of areas and pulled everything off, another lot of paper was also required of course. 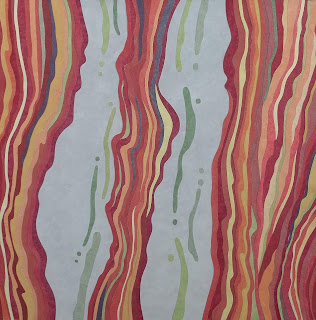 Still, I am now fairly happy with the results and, like any project, a lot was learnt that would make the process more streamlined if, in the future, I was ever foolish enough to succumb to a similar bright idea. 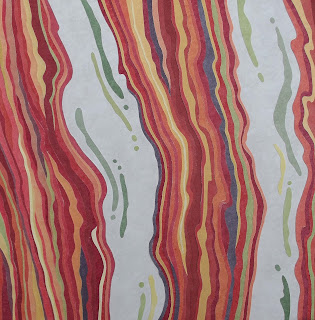